I am trying to use the PLS83-W as the LTE module for internet access. I would like to be able to quickly configure the developer board "LGA Devkit" connected Via USB to a Linux computer running Ubuntu 18.04.

The PLS83-W USB is configured to enumerate as an ECM device, and it gets registered as CDC Ethernet device successfully. Using AT commands, I was able to confirm the SIM is ready and registered to a network. However, there is still something missing as I am not able to access the internet.

The USB-Ethernet port did not have an IP address assigned to it when it was set to Automatic (DHCP), which is unusual when compared to other GSM/LTE modules from other producers, so I set it up manually. However, I am still not able to establish an internet connection (using ping).

Following the instructions in article

I used the following commands to set the module to enumerate its USB interface as ECM device:

But according to the "AT Commands Set:

Could this be a result of the module having an old firmware (REVISION 00.024)?

I was not able to find a new firmware for the PLS83-W modules anywhere online. Can you please inform me where/how can I get hold of a new firmware and how can I flash it?

I am not very much familiar with setting up LTE modems, perhaps there is a missing configuration with AT Commands?

Thank you for your help and I look forward to any feedback :) 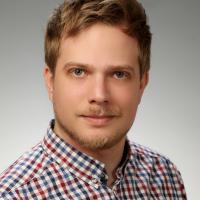 your module REVISION 00.024 has very early stage FW, which most likely did not fully support qmiwwan feature.

In order to get support on FW update path and update files please contact your Thales distributor from whom you have obtained this module - they shall provide you with necessary support.