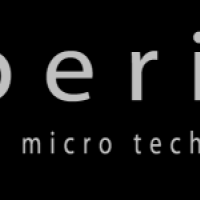 I have a EHS6T USB terminal connected to my Win7 PC via the terminal's USB port.

I am using Teraterm to communicate with the terminal via a COM port connection.

The terminal appears in the Windows COM port list and I can connect to it, however, the comms between PC and terminal are corrupted - I get a lot of spurious characters.

For example, during startup I see:

There are spurious characters mixed with the expected strings (SYSSTART +PBREADY).

I have tried Putty (a different terminal program), de-installing and reinstalling the drivers, changing the driver settings for the standard, but nothing seems to work - I always get spurious characters.

The terminal seems to be accepting commands, for example 'AT' generates a response, but the returned characters are spurios.

Further to my previous post, I have connected the EHS6T to the USB port of a Windows 10 machine and the COM port drivers installed automatically.

On the Windows 10 machine connecting the EHS6T enumerates as two virtual COM ports. Communicating with the EHS6T via one port results in the same message ********** as mentioned before, but using the second COM port seems to work without issue.

This gets me going with testing the EHS6T, but it would be good to know what the issue was before and why two COM ports are enumerated under Win 10.

Try different USB B cable as some are poorly built in manufacture, but also try different port on the virtual USB comm ports. Sometimes that can work too.

Checking both those helped me with my EHS6T.